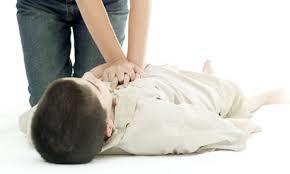 A young woman has been hailed a “hero” after keeping a twelve-year old boy alive after his heart stopped working.

The boy’s father has praised the young woman for saving his son’s life.

Quick-thinking Amanda Begley, 20, from Limerick, dashed to the boy’s aid after he collapsed face down in a field outside her home on Sunday night.

Ms Begley, who trained in first aid last year, turned the boy on his back, dialled 999 and gave paramedics her location before she then performed CPR on the boy for about twenty minutes until an ambulance crew arrived.

It’s believed his heart stopped at least four times, but he was dramatically brought back to life by Ms Begley and later by paramedics.

Ms Begley said she just wanted the boy to make a full recovery. “It all happened so fast.

“I was sitting in my garden and he just passed by and he hit the ground, he was face down. So, I ran over to him straight away.

“I put him on his back and his phone was ringing so I took it out and it was his mother ringing, so I answered it and told her to come straight away. Then I just started CPR,” she said. “They think there is a good chance he is going to wake up.”

“I started pushing down on his chest and I was talking to the ambulance crew. I just told them what had happened and where to come to and I told his mother where to come too. I can’t even remember what she said. It all happened so fast.”

“They didn’t take him away straight away. They continued working on him there. “There were three ambulances, a Garda car and another (ambulance) car. They worked on him for a while inside on the field. His sister told me the doctors said that he was dead and that aid brought him back. “He was dead in the field but I didn’t know he was actually dead until his sister told me.” “He was very cold, he was freezing. I just kept focusing on him. I learned CPR last year. It was lucky I learned it.”

Overview This 1 day training course, delivered by QQI Level 6 qualified instructors and is designed for individuals working in the healthcare and homecare sectors and who require training in the safe movement and handling[...]
View Calendar
Add
Copyright © 2017 Demack.ie | All Rights Reserved
Sitemap | Terms | Contact Us | Website Design by Damien Carbery