Judge Calls for more expeditious prosecutions by DPP and HSA

You are here: Home » Blog » Judge Calls for more expeditious prosecutions by DPP and HSA 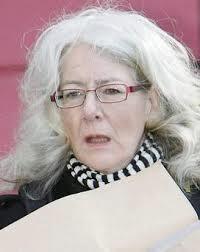 A Circuit Court Judge has called upon the HSA and DPP to deal more expeditiously with health and Safety prosecutions in fatal accident cases.

An assistant bar manager was crushed to death while travelling in a goods lift. The incident occurred in August 2009 and concluded in October 2014 with both men being ordered to do 200 hours community service.

The Judge also commented on the fact the management and staff in the bar where the accident occurred ignored safety signs about not travelling in the lift. She also said “it may be time for the HSA to get more aggressive about health and safety signs which are there for their own safety, such a campaign may cause people to take note of the hazards.”

Judge Ring’s comments stand out from the normal run of judicial comments in heath and safety prosecution cases and as such merit careful consideration.

Overview This 1 day training course, delivered by QQI Level 6 qualified instructors and is designed for individuals working in the healthcare and homecare sectors and who require training in the safe movement and handling[...]
View Calendar
Add
Copyright © 2017 Demack.ie | All Rights Reserved
Sitemap | Terms | Contact Us | Website Design by Damien Carbery